Jason “Doc” Parsons was born in Chicago, IL.  Before joining the military he spent ten years in the global derivative markets. Ending his career as Director of Institutional Sales for a Chicago brokerage firm, in June 2005 he joined the Army as a Combat Medic; by November he deployed to Ar Ramadi, Iraq with the 54th Engineer Battalion. In 2009 he was medically discharged (Honorable) and now he divides his time between working on the project, working with other veteran and military focused organizations as well as attending school to pursuing a law degree. Doc is the Founder and Chief Executive Officer and is the board president of the Graffiti of War Foundation. 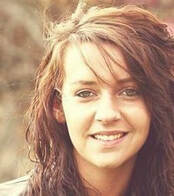 Amber Parsons was born in Wilkes County, NC. Growing up in a family with military ties, she had many friends that served during the War on Terror. Amber, our newest addition to the Graffiti of War family, has always had an interest in service and charitable organizations, specifically those focused on the military and veteran communities. Dividing her time between her work in pharmacy care at a well-known Charlotte medical center and her work as the Administrative Director at the Graffiti of War, Amber brings some valuable experience in administrative management. 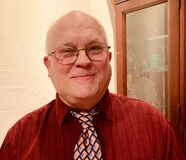 Lee F. Snyder, coming from a military family, has long supported veterans and the military  communities. Lee has been employed as an officer or licensed broker in the financial services industry for over 30 years. Lee holds an M.B.A. from DePaul University in Chicago, IL and currently holds Series 3, 30, 34, and Swaps licensures. Now living in Phoenix, AZ, Lee is also serving as Treasurer of the Phoenix-based Barbados Community Management Board, he previously served as Arbitrator of the Better Business Bureau (BBB); Treasurer of the Library Board of Trusteees, Morton Grove, IL;  Finance Committee Chairperson of Holy Trinity Lutheran Church, Glenview, IL; Newsletter Editor of the Independent Voters of Illinois-Independent Precinct Organization (IVI-IPI); and Member, DePaul University Athletic Board, Chicago, IL. Lee is a board member of the Graffiti of War Foundation, serving as treasurer.
Send Lee an email 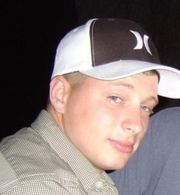 Jeremy Mull, born in Honolulu, Hawaii, he spent most of his childhood bouncing from one duty station to another until settling in Albany, GA. During his senior year 9/11 occurred, Jeremy felt the call to serve. Joining the USMC in the fall of 2002, Jeremy would go on to serve 27 months of duty in Iraq. His time in the Marine Corps he considered the best and worst time of his life to date. Upon finishing his tour of duty in the spring of 2008, he returned home to attend his father’s alma mater, West Virginia University in the fall of 2009. On the first day of veterans’ orientation, he met fellow veteran Jaeson “Doc” Parsons and the rest, as they say, was history.

Jason Deckman grew up in Allegany, NY.  He joined the Army in 1994 and has been a Combat Engineer ever since.  He's been deployed to Bosnia, Kosovo, Kuwait and Iraq.  The high point of his career came in 2004 when he attended Sapper Leader Course at Fort Leonard Wood, MO.  He transitioned to the Army Reserves in 2007 and is currently assigned to the 980th Engineer Battalion in Austin, TX. He lives in Killeen with his wife, Melinda.  Jason was the original collaborator with Doc way back in 2010 and remains an honorary member of the team.

​Send SSG D an email
Please click HERE to obtain permission to use any of the content on this site or for general press inquiries. Use without expressed permission is strictly prohibited.